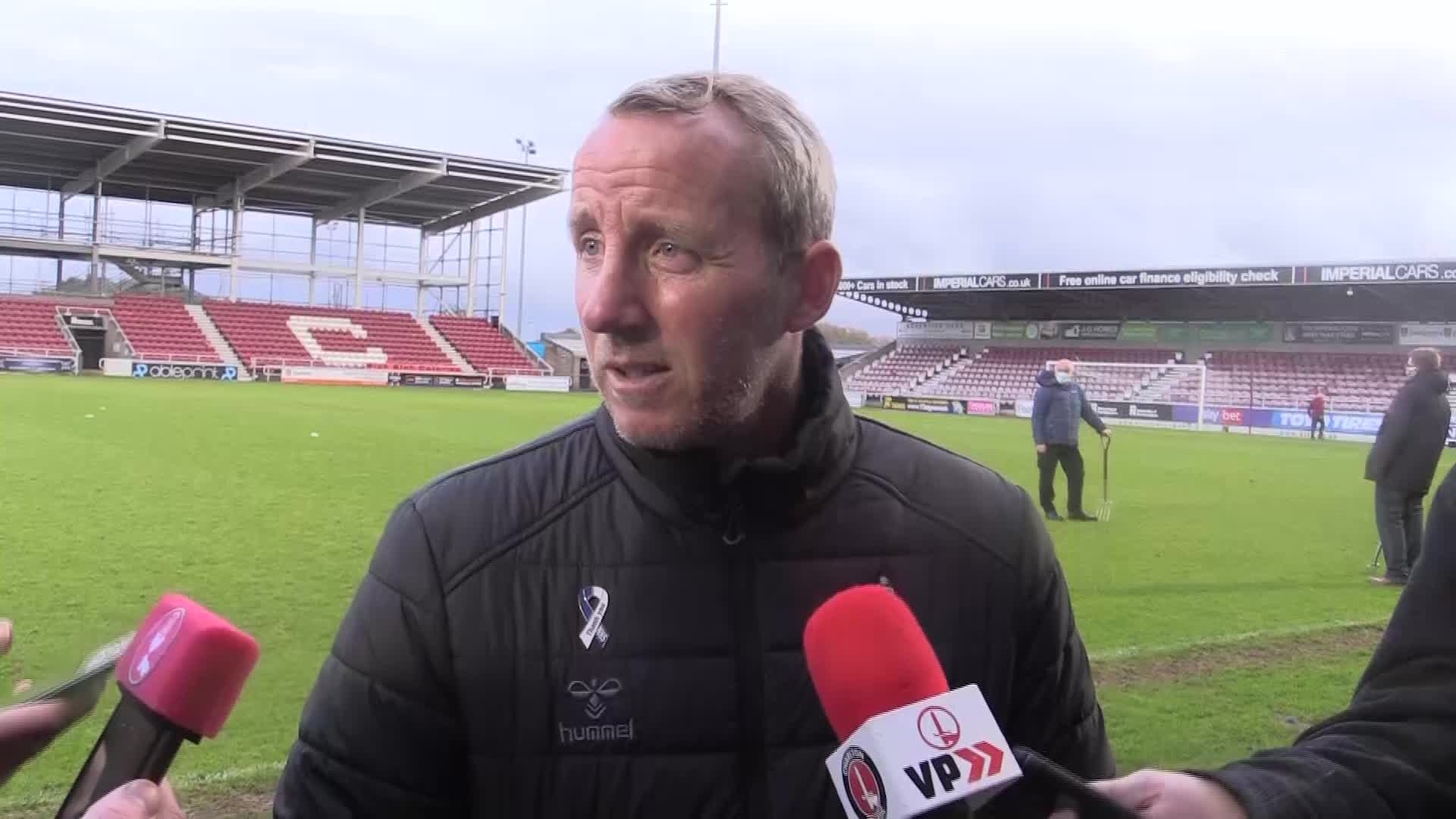 Charlton made it three wins in a row with a battling 2-0 victory in very blustery conditions against Northampton Town.

It wasn’t a pretty game but a goal from Darren Pratley and an own goal from Jack Sowerby, combined with a fourth Charlton clean sheet in a row, were enough to secure another three points for the Addicks.

While Ben Amos didn’t have a huge amount to do in the Charlton goal, he was still pivotal in the win, making a brilliantly first-half save and then expertly setting Alfie Doughty away for the Addicks second goal.

Lee Bowyer made five changes from the side that beat Blackpool in midweek, starting in a 4-3-3 formation with Chelsea loanee, Ian Maatsen making his full debut after an impressive performance in Tuesday’s win.

In a quiet first half it was the home side that had slightly the better. Christopher Missilou fizzed a ball across the box in the sixth minute and shortly after the Addicks had Amos to thank for keeping it at 0-0. The goalkeeper did brilliantly to keep out a close range header from Sam Hoskins and then kicked away after a touch from Ryan Inniss.

The Addicks only look at goal in the first half came when Omar Bogle directed a header on target from a Jake Forster-Caskey free kick but he was unable to generate enough power to trouble Cobblers’ stopper Jonathan Mitchell.

Bowyer switched it at half-time by adding Pratley to the mix in the place of Manchester United loanee Dylan Levitt.

It didn’t take long for the substitute to have an impact as he smashed the ball in from eight yards to put the Addicks 1-0 up. The goal came from a Forster-Caskey corner which was met by Inniss at the back post. His header across goal hit Bogle and fell into the path of Pratley who made no mistake with a powerful, first-time, left-footed shot.

It could have been 2-0 just four minutes later when Inniss again met a Forster-Caskey corner. This time the ball fell to Paul Smyth, who may feel he could have done better, hitting over from just inside the six yard box.

It was 2-0 shortly afterwards though with an excellent counter-attack. Amos claimed brilliantly from a Northampton set-piece and set Alfie Doughty away with an excellent side-footed kick from his hands. The academy graduate got to the byline and crossed low. Northampton defender Sowerby tried to clear but his attempt, with Charlton players lurking behind him, went past his own goalkeeper.

The Addicks had to defend bravely against a strong wind as the half wore on but were able to see the game out comfortably to make it four clean sheets in a row.