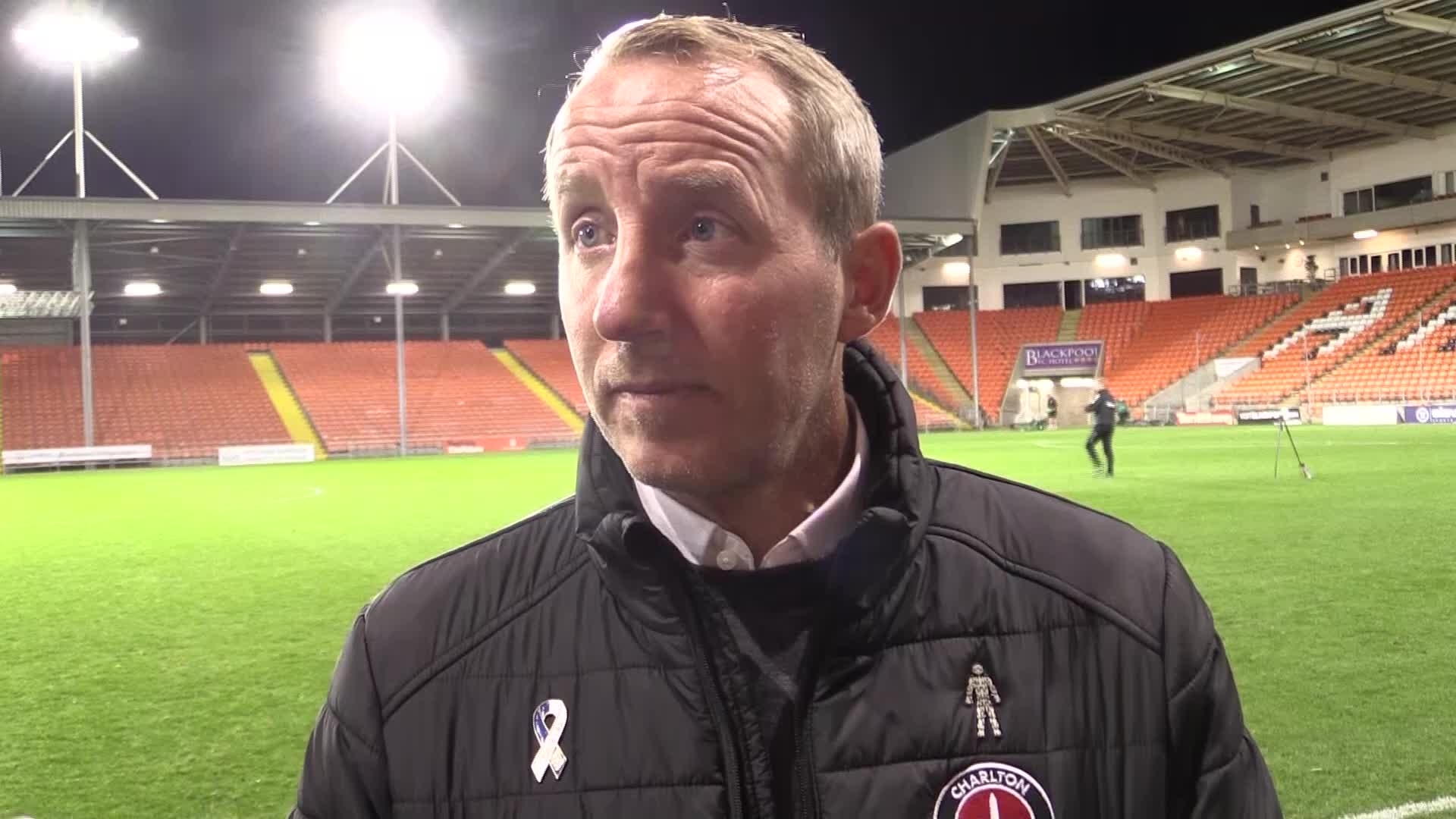 Charlton made it two wins in a row and three games without conceding with a battling 1-0 victory away to Blackpool.

Super sub Chuks Aneke gave the Addicks a deserved lead with seven minutes remaining as both sides battled out much of the game with 10 men, following the first-half dismissals of James Husband and Ben Purrington.

It could have been more for Lee Bowyer's boys, who saw a second half goal from Ryan Inniss surprisingly ruled out for offside.

Charlton started the game brightly and had a man advantage within the first minute. Purrington released Omar Bogle in behind the Blackpool defence and a stumbling Husband brought the full debutant to the ground. Referee James Bell, in his first ever game had no option but to give the defender his marching orders.

The Addicks tried to use the advantage with Alfie Doughty on the right wing the most dangerous. In the 10th minute the academy graduate got to the byline and pulled back for Bogle whose first time effort hit the side netting.

Four minutes later Doughty fed Chris Gunter whose deep cross was met by the left foot of Purrington but again the ball hit the side netting.

Gunter shot high and wide 10 minutes later and it was the Wales international’s cross from the right that created maybe the best chance of the half. Bogle did excellently to hold off his defender and control the cross with his chest but slashed a half-volleyed shot wide on his weaker right foot.

The sides were levelled up in the 39th minute when Purrington received a second yellow card for his second foul on the speedy CJ Hamilton.

Charlton weren’t to be deterred and minutes later Bogle headed just over from a devilish Ben Watson cross from the left.

The home side had their first sight of goal just before the break when Liverpool loanee Ben Woodburn got through but shot high and wide under pressure from Akin Famewo.

Bowyer handed Chelsea loanee Ian Maatsen his Charlton debut in the second half as the left back replaced Darren Pratley, with the Addicks moving to a 3-4-2.

Charlton started off the second half the brighter with Bogle hitting the side netting after collecting a clever pass from Andrew Shinnie.

Shinnie then got on the end of a nice passing move and curled a shot just past the past from outside the Seasiders penalty area.

Maatsen then, maybe fortuitously found Bogle but his left-footed effort was blocked behind for a corner.

Shinnie took the resulting corner and sat it up excellently for the giant Inniss arriving at the back post. The centre half powered the header home and it looked like Bell had given the Charlton goal. His assistant appeared to have other ideas though, adjudging an offside Bogle had touched the ball on the line and the goal was disallowed.

Aneke and Paul Smyth were introduced as the Addicks pressed for a winner. Both Watson and Maatsen blazed over from outside the area as Charlton continued to hunt for a goal.

The Addicks deserved their lead and with seven minutes remaining it came. Aneke controlled well in the middle of the pitch and passed out to Maatsen. The left back exchanged passes with Shinnie before a deep cross to the back post where Doughty headed back across goal for a simple header for Aneke, finishing off the move he began.

Bowyer's boys were able to see out the game for the second league win of the Thomas Sandgaard era.